I Dreamed A Dream is the second episode of Glee: Starlight Sensation. In this episode more of the story plot is revealed. It was written by MayWolfchick12 and it was released on October 12, 2012.

The episode starts with Shane getting ready for school, Valerie enters and informs him that he should be careful in school today for Starlight Sensation had a bad reputation. Meanwhile Helena encounters a blind boy named Phoenix Early. Shane as usual bosses everyone around and lectures them that they have to win Sectionals - like they don't know that. Phoenix auditions and he is accepted. Holly tells everyone that during school assembly they have to perform. Everyone (except Shane) is unhappy about this. Teresa Young forces Michelle to do what she wants. James Gregory and Samantha Ford insults the glee club, Shane stands up for his club and is slushied by Samantha. Teresa and Philip Sanchez, the hockey coach join forces. At the Paynes Valerie deliberately tells her father Victor about Shane joining glee club, and he (Shane) confesses that being a performer is his dream but Victor rebukes him and even wants him to quit glee club. A saddened Shane performs Never had a Dream Come True as the episode ends.

Hear Me by Imagine Dragons, sung by Phoenix.

Never had a Dream Come True by Stevie Wonder sung by Shane.

**(Actor) as (Character) (Creator)** All characters belong to me except: 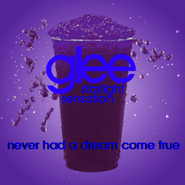 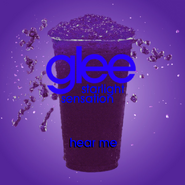 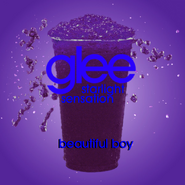 Add a photo to this gallery
Retrieved from "https://starlight-sensationagleeanfiction.fandom.com/wiki/I_Dreamed_A_Dream?oldid=4409"
Community content is available under CC-BY-SA unless otherwise noted.